Why is Vayetzeh a parsha סתומה?  The break between parshiot means there is a break; one episode has concluded and another one starts.  Yaakov didn't view his separation from his parents as a new episode.  He didn't view his personal golut as a new chapter in his life but rather it was a long journey to get back to Eretz Yisrael.  According to the Seforno, the episode at the end of the parsha of the different names of the stones of the peace treaty between Yaakov and Lavan are to tell us that Yaakov did not become assimilated to speak the language of Lavan as his official language.  He remained tied to his roots in Eretz Yisrael, to lashon hakodesh.

In the beginning of the parsha it says about Yaakov ויפגע במקום and at the end of the parsha it says ויפגעו בו מלאכי אלקים.  This is a stark contrast.  In the beginning, Yaakov is unsure about maintaining his level of kedusha outside his zone.  For him to experience a meeting with the Shechina on the way to establish a family was a chiddush.  It was ויפגע, a deep impression was made upon in this meeting.  By the end of the parsha, after he has an established family with the level of kedusha that he started with, then it is a chiddush for the malachim to see that.  For the malachim it is a pelah, the impression was made upon them (based upon Rav Hirsch.)

How does Yaakov maintain his commitment to his starting place?  By perfecting himself before leaving. ויצא יעקב מבאר שבע.  The Midrash (68:7) says מבארה של שבועה.  As discussed a few weeks ago, there is a relationship between seven and an oath.  When one takes a שבועה, they are committing to put all their 7 כוחות into the matter.  That is what Chazal are telling us.  Yaakov perfected himself in all 7 middot before leaving.  (That may be why he offered to serve Lavan for 7 years, (see Seforno and Chuzkuni,) for he wished to bring the completion of his middot into his marriage.)  Because of his perosnla work Yaakov was able to not be deterred through his golut.  (See first Sfas Emes and Or Gedalyahu.)

Why Yaakov Connected With Rachel

From Mishnas Reb Aharon volume 3 on Chinuch where he goes through a view difficult parshiot and explains them. 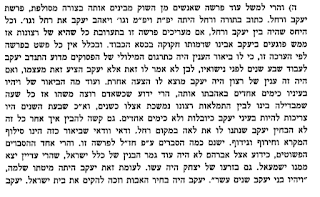 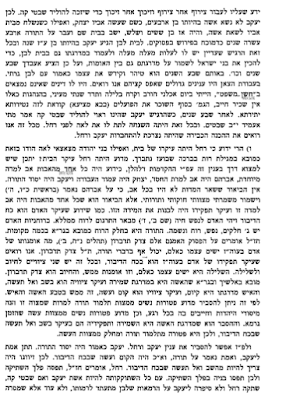 Interestingly, according to the Kabbalah, Rachel is identified with עולם הדיבור, עלמא דאיתגליא and Leah is identified as עולם המחשבה, עלמא דאיתכסיא.  Though if I understand correctly that means that Rachel wears her tzidkut openly.  The Torah's description of her physical beauty is a reflection of her spiritual shine.  She is the "tzaddik" mode who serves Hashem without having to constantly battle.  Leah is described as עיני לאה רכות, she was crying.  Her beaty is not obvious.  She has to work on herself, to cry, to pray, to become like the tzaddik.  She aligns more with the "baal teshuva" model (see Torah Or ד"ה וללבן שתי בנות, Likutay Sichos Vayishlach volume 35 sicha 3.)  According to Bresov, they represent the avodah of Torah and tefillah.  It is the one who learns Torah who even outwardly is clearly connecting to Hashem.  It is when engaged in tefillah where one has to bring out from within themselves the connection.  That is why Yaakov wanted Rachel for that was מין במינו as opposed to Leah who had a shot at dealing with Esav.  (Which may be why Chazal are critical of Yaakov not giving Dinah a chance with Esav.)  However, Leah elevated herself to be with Yaakov as well.  Klal Yisrael had to be founded with both of the אמהות.  Sometimes we are in Rachel mode and sometimes we are in Leah mode.  Both are part of our avodat Hashem.

From the sefer of R' Genack - Birchat Yitzchak 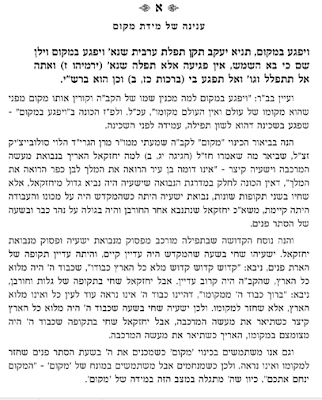 Why did Yaakov call the shepherds, who he had just encountered, אחי if he had no connection to them?  What did Yaakov see in Rachel that immediately made him know this was to be his wife?  Why was Yaakov asking about the well?

The Or Hachayim (in first peshat,) says that Yaakov asked about the shepherds not opening the well because he was considered about the צער בעלי חיים of the sheep.  Rav Yaakov Kamenetsky explains that since Yaakov was about to give the shepherds rebuke, he started out with nice words so that they would listen to his rebuke.

The Yerushalmi Bikkurim (3:3, 11b in the Vilna edition for those that didn't decide to change the pagination to fit their needs,) derives from Esav's marriage to מחלת from the word מחול that a chatan's sins are forgiven (see Torah Temima's explanation of the derash.)  The Midrash says Esav was מגייר and therefore obtained forgiveness.  The Mahari Basan (Lalchmay Todah siman 5) cited by Gilyonai Hashas Shabbat (89b) says that just as there is no punishment from shamayim until a person is 20 years old, so too a chatan who is likened to a ger who is likened to a newborn child, is given a 20-year pass from the time one gets married.  This is quite incredulous to say one can get married and have a 20-year pass.  Nonetheless, it could be that is what he holds.

In light of the opinion of the Gra about punishments from shamayim under 20 it is maybe more understandable.  The Gra (Even Shlema 10:26) says punishment isn't meted out until 20 years but from 20, one is held accountable for what they did in the past.  In other words, it takes 20 years for a person to develop enough to realize the errors of their past and they are expected to do teshuva during that time.  if one doesn't repent, then they're held culpable retroactively.  So too, says the Mari Basan, it takes 20 years for a person to fully adjust to one's new married life and therefore one is given 20 years to fix the problems that he causes in that timeframe.  We see that it takes 20 years to adjust to being married, ודו"ק. 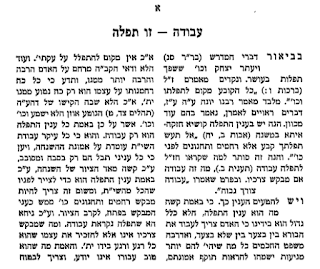 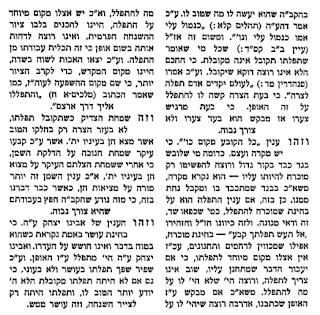 According to the Alter, tefillah is an avodah on one's Emunah.  It is an avodah of strengthening one's faith in Hashem's running of the world.  That is what it means to pray from עושר.  One is not praying due to a lacking of something, one feels that they have all like a עשיר, one is praying to remind themselves of their faith.

I was thinking that there must be a difference between the prayer of Yitzchak when he is set to find his shidduch which is something that occurs in the natural world where a sicha is more appropriate to beseech for that event to occur vs. praying for his wife's closed womb to be opened which would not be a natural occurrence where a עטר, a constant prayer, reminder that it is Hashem's will for whatever is best to happen is better suited.  However, I'm not sure if that chiluk really explains the issue. 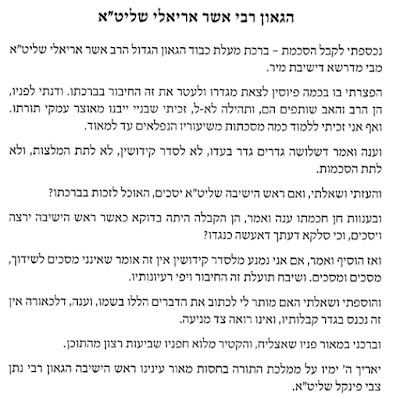